‘Under-performance’ by Bestway Wholesale leads to drop in group profit

Turnover, however, rose by 7% from £3.2 billion to £3.4 billion, of which the C&C/wholesale division (including retail) contributed £2.3 billion, compared with £2.1 billion previously.

Cash & Carry Management requested the profit and like-for-like sales figures for Bestway Wholesale, but the company declined to give these figures until the accounts are published. 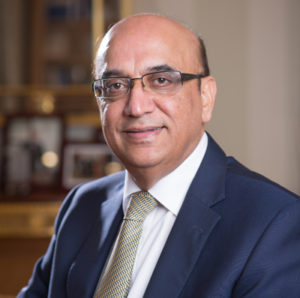 Group chief executive Lord Zameer Choudrey: ‘Market conditions in the wholesale sector are continuously under pressure from the grocery multiples.’

Group chief executive Lord Zameer Choudrey highlighted the ‘under-performance’ by Bestway Wholesale and by the cement business as well as integration of the retail concerns.

He commented: “Market conditions in the wholesale sector are continuously under pressure from the grocery multiples.

“While this has traditionally been in the convenience retail space, it has now broadened and intensified with Tesco (now linked with Booker), Morrisons and Asda all entering the wholesale market.”

Bestway has more than 60 depots as well as over 600 retail stores, of which in excess of 450 are franchisees within Bestway Retail.